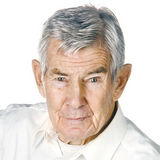 The good news re Caledonia keeps coming. I received a call from a Caledonia resident yesterday who excitedly informed me that Peter Worthington had written a column that mentioned the Caledonia Victims Project, and which included several quotes from my writings (links & emphasis added):

Vandermaas, protesting the protestors, was arrested for the provocative act of raising the Canadian flag across the street from protestors.

Vandermaas says neither he nor others who agitated for justice (often to media disinterest) don’t share in the award – and “rightly so,” he says. Taking a stand of the basis of principle nearly bankrupt[ed] him. […]

Were it not for journalist Christie Blatchford’s book about political lawlessness during the Caledonia siege, little of the democratic abomination would have been publicized. The media was largely silent. Christie’s book, Helpless…How the Law Failed All of Us has become something of a classic, and an indictment of the government, the OPP and journalistic negligence that failed to adequately report the standoff.

While Caledonia is now relatively quiet, the $20 million award confirms the view of Vandermaas and others that the McGuinty government “made a decision to allow the Ontario Provincial Police to suspend — defacto — the Charter of Rights and Police Services Act protections of an entire class of citizen in order to appease a small, violent, racial constituency.” [from: LINK]

When he heard the results of his [Findlay’s] five year struggle, Vandermaas says he was “moved to tears…thanks to a gutsy lawyer (Findlay) who also took our case when we had no money to pay him.”

Thank you for this, Mr. Worthington; if you only knew how hard we tried to get journalists to cover the real story of Caledonia! (I guess that’s another book we’ll have to write one day, i.e. ‘Caledonia: The Dark Days of Canadian Journalism.’)

The questions Canada’s ‘watchdogs of democracy’ never thought to ask…

Sadly, when McGuinty and the OPP referred to the so-called ‘peacekeeping’ role of the OPP in Caledonia, not one journalist (or politician) thought to ask some obvious questions:

2. Does the Ontario government and/or a police chief have the authority to deploy a peacekeeping mission on Canadian soil?

3. What legal authority exists for substituting a ‘peacekeeping’ policy in lieu of the legal protections of the Charter of Rights and Ontario’s Police Services Act during any aboriginal land dispute,  let alone one the federal government and the courts have declared invalid?

4. If the Ontario/OPP ‘peacekeeping’ mission is illegal (and I would argue that is most certainly is), why has the federal government failed to take steps to end it?

Gary McHale will also need to writea book about just how hard the OPP and Ontario Attorney General’s office tried to legalize native violence against innocent people – in and out of the courts, and how hard they tried to target non-natives who spoke out. For now…

To his great credit, Mr. Worthington was, after reading Blatchford’s Helpless, the first journalist to take the ‘blame’ for ignoring Caledonia as it unfolded:

A lot of us have watched goings-on at Caledonia since 2006 when protestors from the nearby Six Nations reserve began blocking development and behaving in a manner that if others had done it, they’d be arrested.

I avoided comment on events there, because I wasn’t sure of the relationship between lawlessness and aboriginal rights. I was uneasy about confusing one with the other. That’s my excuse.

Since reading Helpless by Christie Blatchford, a new book detailing the controversy, I don’t have that excuse any more. […] This a landmark book that every citizen should read – and every politician and journalist. We’re all remiss for ignoring Caledonia’s message.

His integrity is why, despite coming to the Caledonia party a little late, Peter Worthington is and was, from the time I moved to Toronto after leaving the 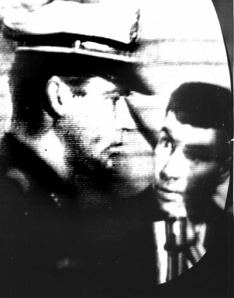 Canadian Forces in 1978, one of my personal ‘heroes’ as I followed his Toronto Sun columns on topics such as his relationship with the famous Soviet defector Igor Gouzenko, and his bizzare prosecution (eventually dropped) under Canada’s Official Secrets Act.

Check out the Wikipedia entry for him below which doesn’t begin to do justice to his career and accomplishments which include being inducted into the Canadian News Hall of Fame in 1996, military service in both WWII and Korea, service as a war correspondent (including during the Six Day War) and…being in the right place at the right time on November 24, 1963 when Jack Ruby murdered Lee Harvey Oswald: